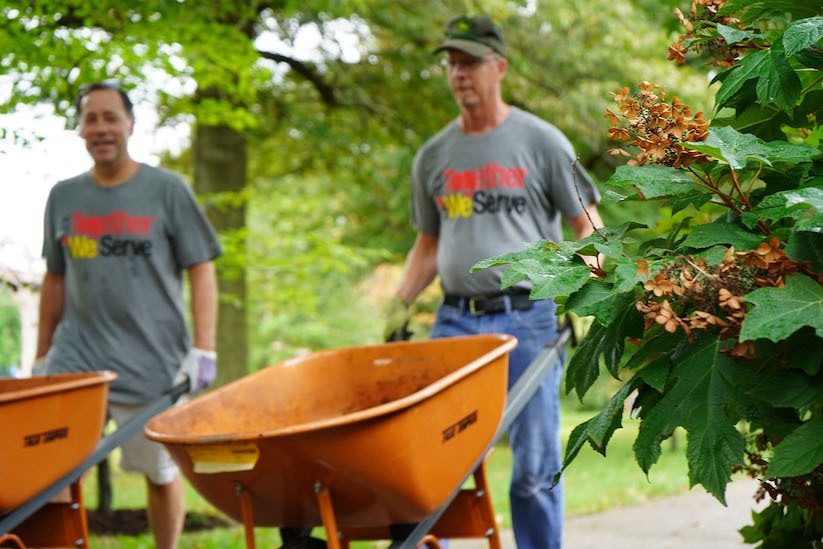 As part of the company's 145th Anniversary celebration, INOLEX hosted volunteer days for its Philadelphia and Charlotte teams. This provided an opportunity for our teams to give back to the communities in which we operate while also supporting the pillars of our sustainability platform.

In Philadelphia, we partnered with Fairmount Park Conservancy to support environmental stewardship in an urban area. Our team put on their work gloves and mud boots to tackle a clean up project around Concourse Lake, a beautiful water feature in West Fairmount Park that dates back to the Centennial Exhibition of 1876.

Designed by Frederick Olmstead, landscape architect responsible for NY Central Park, Fairmount Park in Philadelphia is a treasure. The park hosted the Centennial as the first official World's Fair held in the United States, coinciding with the 100 year anniversary of the signing of the Declaration of Independence which took place in Philadelphia in the year 1776.

Although the day delivered light showers, we didn't allow the weather to dampen our spirits. Our team mulched 30+ trees and collected the same number of bags of invasive plants and leaves to be composted.

Concourse Lake is designated as a native plant park, with 142 native trees of 24 various species and 503 shrubs of 24 different species thriving at the 14-acre park site. It is also a stormwater reservoir for the city surrounded by native wetlands that filters water on its way to the Schuylkill River. The 137 mile river runs through the city of Philadelphia on its way to its confluence with the Delaware River.

This was a particularly meaningful part of our 145th Anniversary & 40th birthday celebration month. It demonstrated that we can have fun together and work hard together, while building our INOLEX community and giving back to the larger community.

March 2022
INOLEX joins SAFER™ by ChemFORWARD as a pilot member of an exciting new platform that turns chemical data into positive impact.